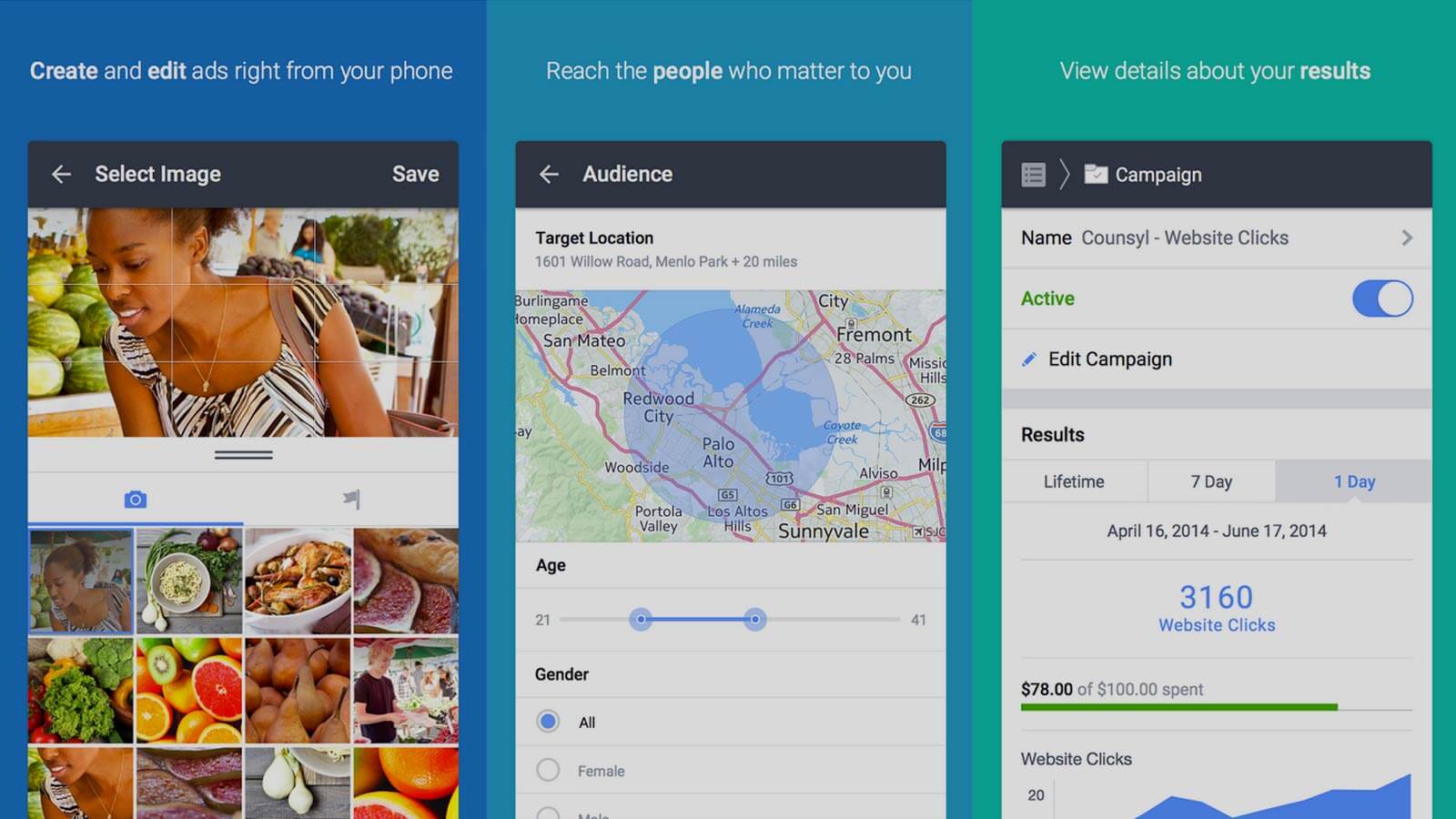 Facebook is on a warpath to take over the digital advertising space, capturing 10% of the total $50 billion digital ad spend in 2014 with 50% year-over-year growth at the time, and today it’s making it easier for advertisers large and small to manage, track, and launch campaigns straight from their Android phones with a new app.

The app, simply called Facebook Ads Manager, launched initially as an iOS-only product back in February with the company saying at the time that an Android app would be coming later in the year. At the time of writing, Facebook hasn’t publicly announced the launch of this Android version – we noticed it show up on APKMirror. There isn’t too much crazy going on here, though, and it’s nearly identical to the iOS version.